Egyptian grave paintings dated to approximately 4500 B.C.E. depict plants whose appearance is strongly reminiscent of a wild lettuce species or a cultivated form bred from it. There was already confusion about the name and source of Lactuca pharmacologic material in ancient times. Thus, we still do not know with certainty which lettuce species was known to and used by the ancient Egyptians. It may have been Lactuca scariola, Lactuca virosa, or a form of lactuca sativa. The garden salad Lactuca sativa presumably was derived from Lactuca scariola in ancient Egypt.

Wild lettuce clearly had a ritual (divination) and medicinal significance in ancient times, according to Dioscorides who described the plant in very early times. It may be that the “twelve god’s herb” that Pliny praised as a panacea was a species of Lactuca, perhaps even wild lettuce itself.

In 1543, Leonard Fuchs depicted a lettuce plant in his Kräuterbuch (Herbal) under the name Lactuca capitata, a wild or already cultivated species of Lactuca.

In 1792, a physician in Philadelphia named Kore invented lactucarium, the thickened latex from Lactuca virosa.

Our Wild Lettuce is higher quality because it’s freshly harvested by knowledgeable family farmers, as well as it’s stored in the cold and dark. It contains a high content of essential oils.

Our Wild Lettuce is ethically harvested by local family farmers.

Be the first to review “Wild Lettuce Organic” Cancel reply 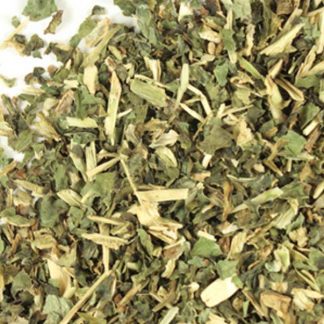