Hawaiian Dagga, also known as Hawaiian Klip Dagga, is a close relative to the famous Wild Dagga (Leonotis Leonurus). It’s rather found in Tropical Africa and India, rather than South Africa such as Wild Dagga. It’s also found in Hawaii where a very special variety of Leonotis Nepetefolia grows.

Most species of Leonotis have some traditional use. The Hottentos and Buishmen used the buds, petals and leaves. This bush may be one of the plants subsumed under the name kanna (see sceletium tortuosum).

We just learned that the plant recently (Since a few generations ago) got interest from the Hawaiian people for its relaxing, anti-depression, and euphoriant properties as well as to help with liver, stomach and skin problems.

Our Hawaiian Dagga is higher quality because it’s freshly harvested by knowledgeable family farmers, as well as it’s stored in the cold and dark. It contains a high content of essential oils.

Our Hawaiian Dagga is ethically harvested by local family farmers.

Be the first to review “Wild Dagga Leaf” Cancel reply 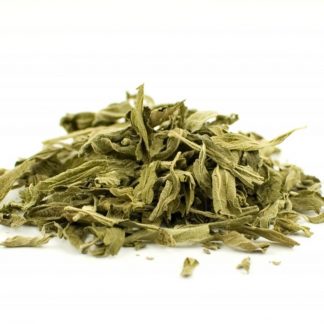