No information is available concerning the prehistoric use of Heimia salicifolia. It is possible that the plant was associated with the cult of Xochipilli, the Aztec god of spring and desire. During the 19th century, the plant was a recommended treatment for syphilis.

If often has been (incorrectly) assumed that the plant was named for the renowned Altasian mycologist Roger Heim. However, the genus Heimia, which consists of just three species, was actually named for Ernst Ludwig Heim (1747-1834), a physician from Berlin who introduced Alexander von Humboldt to botany.

Be the first to review “Sun Opener Sinicuichi” Cancel reply 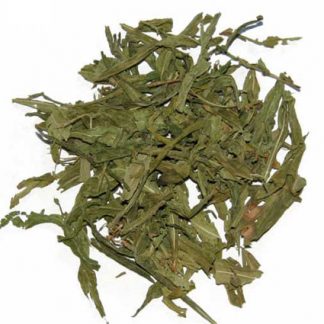