North American Indians were already using this incense for stimulant, tonic, and medicinal purposes. In 1582, sassafras wood was included in lists of German medicines under the names lignum pauamum, lignum floridum, and sassafrasbaum.

The name sassafras is apparently a corruption of the Spanish word for the genus Saxifraga, which the Spanish botanist Monardes coined in the 16th century. Even into the 20th century, a sassafras tea with milk and sugar known as saloop was sold on many London street corners in the early mornings.

During the American Civil War, the root cortex was used as a substitute for Chinese tea. Until recently, it was also used in the United States as a flavoring agent in root beer, a nonalcoholic soft drink. In the southern states, dried, young leaves are used as a spice in gumbo, a Creole dish.

Our Sassafras is higher quality because it’s freshly harvested by knowledgeable family farmers, as well as it’s stored in the cold and dark. It contains a high content of essential oils.

Our Sassafras is ethically harvested by local family farmers. 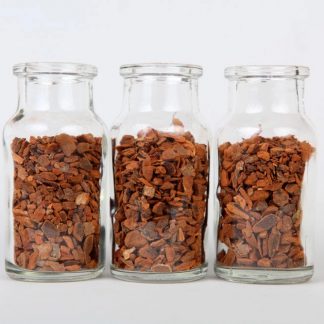