Mucuna pruriens is a tropical legume native to Africa and tropical Asia and widely naturalized and cultivated. Its English common names include monkey tamarind, velvet bean, Bengal velvet bean, Florida velvet bean, Mauritius velvet bean, Yokohama velvet bean, cowage, cowitch, lacuna bean, and Lyon bean. The plant is notorious for the extreme itchiness it produces on contact, particularly with the young foliage and the seed pods. It has agricultural and horticultural value and is used in herbalism.

The seeds of Mucuna pruriens have been used for treating many dysfunctions in Tibb-e-Unani (Unani Medicine). It is also used in Ayurvedic medicine. The plant and its extracts have been long used in tribal communities as a toxin antagonist for various snakebites. It has been studied for its effects against bites by Naja spp. (cobra), Echis (Saw scaled viper), Calloselasma (Malayan Pit viper) and Bangarus (Krait).

It has long been used in traditional Ayurvedic Indian medicine in an attempt to treat diseases including Parkinson’s disease. It has been investigated in low income regions of the world as an alternative treatment for Parkinson’s disease due to its high content of L-dopa.

Be the first to review “Mucuna Powder” Cancel reply 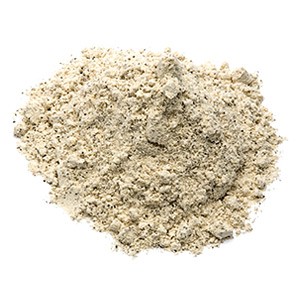