Crataegus, commonly called hawthorn, quickthorn, thornapple,  May-tree, whitethorn, or hawberry, is a genus of several hundred species of shrubs and trees in the family Rosaceae, native to temperate regions of the Northern Hemisphere in Europe, Asia, North Africa, and North America. The name “hawthorn” was originally applied to the species native to northern Europe, especially the common hawthorn C. monogyna, and the unmodified name is often so used in Britain and Ireland. The name is now also applied to the entire genus and to the related Asian genus Rhaphiolepis.

Several species of hawthorn have been used in traditional medicine. The products used are often derived from C. monogyna, C. laevigata, or related Crataegus species, “collectively known as hawthorn”, not necessarily distinguishing between these species. The dried fruits of Crataegus pinnatifida (called shān zhā in Chinese) are used in traditional Chinese medicine, primarily as a digestive aid. A closely related species, Crataegus cuneata (Japanese hawthorn, called sanzashi in Japanese) is used in a similar manner. Other species (especially Crataegus laevigata) are used in herbal medicine where the plant is believed to strengthen cardiovascular function. 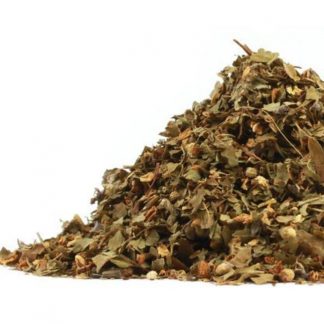