The use of Guarana, which the Indians regard as a gift from the gods, is said to have been discovered by the Amazonian Satéré-Mawé tribe and to have a tradition dating back thousands of years. A drink made of water and the ground fruits of the guarana vine was originally consumed by shamans so that they could acquire secret knowledge. Many Indians use guarana drinks, which they call “elixirs of eternal youth”, as a hunting drug. The Amazonian Indians have known of the plant and its stimulating products for centuries.

In Europe, however, reports of the jungle vine did not appear until the mid-17th century. The plant became better known through Alexander von Humboldt, who became acquainted with both the plant and the drink during his travels from the Orinoco to the Rio Negro. The high caffeine content was detected numerous times. Today, guarana is increasingly being exported to Europe, both as agent of pleasure and for pharmaceutical processing. Guarana has become popular coffee substitute, and it has played a significant role in the development of energy drinks.

According to the mythology of the Brazilian Tupi Indians, the guarana plant had a shamanic origin. The shamaness Omniamasabé, who possessed a very comprehensive knowledge of the “real world that is hidden to humans”, was impregnated in the forest solitude by the snake god Mboy. Shortly thereafter, she gave birth to a son. Her jealous brothers enlisted a hostile shaman to kill the son. This shaman drank ayahuasca and transformed himself into an Ara parrot. In this form, he searched and killed the boy. As the tears of the mother poured over the body, it was transformed into the guarana vine. Since that time, shamans eat the guarana fruits so that they may be initiated into the secrets of the knowledgeable shamaness Omniamasabé.

For the Indians, this story also explains the plant’s abilities to help a person stay awake. The fruit’s eyelike shape is interpreted as a kind of signature for a mystical vision. Because of this, the plant has certain significance as a shamanic plant and is ingested when diagnosing diseases. For this reason, the Indians do not pick the guarana berries until the first “eye” has opened. Some Amazonian Indians also use guarana for ritual fasts.

Our Guarana is higher quality because it’s freshly harvested by knowledgeable family farmers, as well as it’s stored in the cold and dark. It contains a high content of essential oils.

Our Guarana is ethically harvested by local family farmers.

Be the first to review “Guarana” Cancel reply 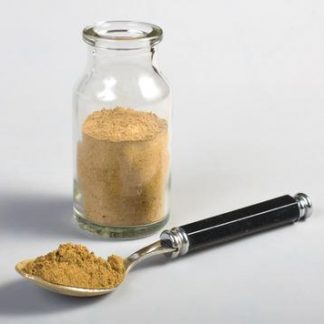