Gotu Kola has been used in Ayurvedic medicine for thousands of years and is thought to be one of the most spiritual and rejuvenating herbs in Ayurveda. It is also thought to increase psychic sensitivity. In Sanskrit texts, this plant was called Brahmi and Mandukaparni. According to Ainslie the leaves were used for pediatric complaints in bowel problems, fever and applied externally for blows and bruises in the Coromandel Coast. In Java, Brahmi was considered diuretic and on the Malabar Coast, the plant is one of the remedies for leprosy. In India, it has been used as a folk remedy for leprosy, lupus, and improving mental functions, as well as to fortify the immune system. It is used in Traditional Chinese medicine as a treatment for colds, sunstroke, urinary tract infections, and dysentery. Also, it has been used in China externally as a poultice for snake bites and traumatic injuries. In China, it is considered one of the “miracle elixirs of life.”

While popularly used as a food source rich in vitamin C in the form of leafy greens within Bangladesh, Thailand, and Sri Lanka it also has been internationally recognized within many countries pharmacopeias and has been a valid, recognized, botanical medicine since 1884.

Gotu Kola is an adaptogen as well as a great tonic and detoxifier. It also has antibacterial, anti-viral, anti-inflammatory, anti-ulcerogenic, anxiolytic and diuretic properties. Gotu Kola was also shown to possess great wound healing properties and anti-rheumatism characteristics.

The widespread belief that Gotu Kola helps improve memory led to several studies on its effect on the central nervous and circulatory systems. The preliminary results suggest that it may help with memory and cognitive disabilities as well as helping the body overcome stress and fatigue. However, it should be noted that those with mild to moderate depression might want to use caution. Some testing done in India indicates it may act as a very mild depressant.

Our Gotu kola is of higher quality because it’s freshly harvested by knowledgeable family farmers, as well as it’s stored in the cold and dark. It contains a high content of essential oils.

Our Gotu kola is ethically harvested by local family farmers.

Be the first to review “Gotu Kola” Cancel reply 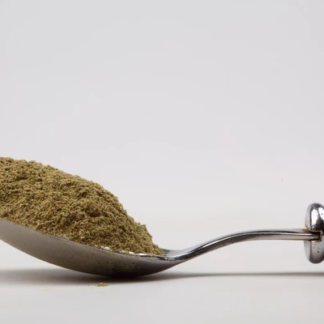