Distribution:  From Southern California to Argentina.

It is very likely that damiana was in use as a medicine, love drink and incense in northern Mexico and the area of the Maya during prehistoric times. The missionary Jesus Maria de Salvatierra first mentioned its aphrodisiac use among the Indians of northern Mexico in his Chronica of 1699. The name damiana is derived from that of either Saint Damian, the patron of pharmacists, or Peter Damiani, who railed against the immorality of the clergy in the 11th century.

The first botanical description of the plant was written by Austrian botanist Josef August Schultes (1773-1831) in 1820. In the 19th century, the plant was included in the U.S and Mexican pharmacopeias as a tonic and aphrodisiac. It was introduced into Europe in 1880.

Prior to prohibition in the US, Dr.John S. Premberton, the inventor of Coca-Cola, developed a tonic beverage inspired by Vin Mariana. Known as French Wine Coca, it contained extracts of coca, cola, Mediterranean sweet wine and damiana.

In the voodoo cult practiced in the southern United States, damiana is consecrated to the love goddess Erzulie and is used in love magic. The use of damiana herbage as incense is most likely a modern invention. Because it is also regarded as an aphrodisiac when burned, damiana herbage is often added to so-called Pan, Venus or love incenses. When used as a fumigant, damiana produces a pleasantly herbal, sweet scent that is characteristic and easily recognizable when encountered again. It combines very well with copal.

Damiana was recorded to be used as an aphrodisiac in the ancient Mayan civilization, as well as for “giddiness and loss of balance.” A Spanish missionary first reported that the Mexican Indians used damiana leaves for its purported power to enhance lovemaking.

The Maka Indians once had a magic custom that used the roots of Turnera ulmifolia to improve the sound of the flutes they used in rituals.

Be the first to review “Damiana” Cancel reply 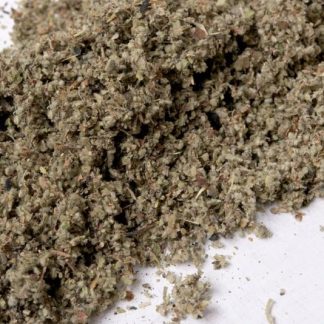