Inonotus obliquus, commonly known as chaga (a Latinisation of the Russian word чага), is a fungus in the family Hymenochaetaceae. It is parasitic on birch and other trees. The sterile conk is irregularly formed and has the appearance of burnt charcoal. It is not the fruiting body of the fungus, but a sclerotium or mass of mycelium, mostly black because of the presence of massive amounts of melanin. Some people consider chaga to be medicinal.

I. obliquus is found most commonly in the Circumboreal Region of the Northern Hemisphere, where it is distributed in birch forests.

Be the first to review “Chaga” Cancel reply 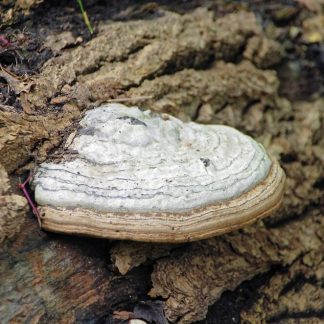