The cacao tree was cultivated in Central America some four thousand years ago. There, it was venerated as a food of the gods. Linnaeus took this fact into consideration when he named the tropical plant Theobroma cacao. Theobroma means “gods” food, and cacao is a word borrowed from the Mayan language that refers to the tree, its fruit, and the drink prepared from the fruit. The word chocolate is derived from the Aztec xocolatl, a name for the beverage. Solid chocolate appears to have been a Swiss invention.

The Aztec held cacao beans in high regard. They used them as food, stimulants, medicine, and even currency (especially for paying prostitutes). They were revered as the food of the gods. The effects of cacao were described in the Aztec-language texts of Bernardino de Sahagun.

The conquistador Hernàn Cortés brought the first cacao beans to Europe, where they were initially used almost exclusively in the production of love drinks. The first book about cacao, titled Libro en el cual se trata del chocolate, was published in New Spain (Mexico) in 1609. In 1639, a book appeared in Europe in which it was claimed that the sea god Neptune had brought chocolate from the New World to Europe. Today, cocoa for drinking and the various kinds of chocolate are among the most commonly consumed foods and/or agents of pleasure in the world.

In the 17th and 18th centuries, an accolade made from powdered cacao beans, sugar, and wine was drunk in Germany, sometimes heavily fortified with cardamom and saffron. At the beginning of the 20th century, invigorating drinks made of cacao and Catha Eludis were made on London and sold as Catha-cocoa Milk. Preparations of cacao and cola or coffee Arabica are now popular.

Our cacao 25x extract is a full-spectrum extract of Cacao beans, tested by HPLC to contain 22% theobromine. Our cacao extract is made by a professional laboratory in China with Indonesian cacao beans. Unlike the other cacao extracts on the market, which are standardized only for theobromine, and contain added synthetic caffeine, this extract contains the full-spectrum of chemicals that make raw cacao so great, in their natural proportions, with no added synthetics and caffeine.

Be the first to review “Cacao 25x” Cancel reply 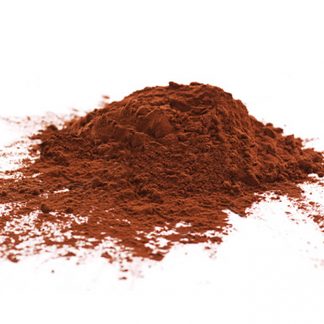